Here are some of the reasons that answer why draft beer makes for a better drinking experience than a bottled beer.

Small, independent breweries are a popular hub for many beer lovers. These breweries are unique as they are a source of artisanal and craft brews. And if there’s something every beer lover craves — it's definitely a pint of freshly served draft beer.

It’s also been a common debate among many whether beer tastes better on tap or in a bottle. And interestingly, draft beer has always been considered better than bottled beer. Some people say it’s because it’s colder, while some say it’s just simply better.

To help you understand why let’s dive a little deep and look at several scientific factors that contribute to the taste and quality of a beer. 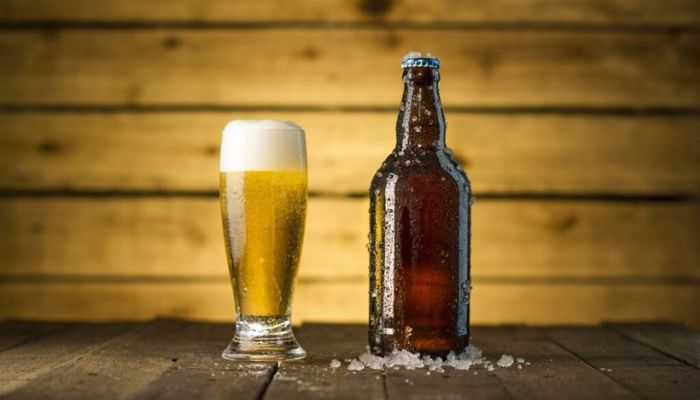 Draft beer, which is poured straight from the keg, is likely to be fresher than bottled beer, and fresher is always better. Freshness plays an important role as it contributes a lot to the brew’s flavor. Especially when you are drinking a beer that is heavy on hops like an IPA or a pale ale.

This is because hops, carbohydrates, and alcohol in beer are all prone to oxidation when exposed to oxygen and can produce an off-flavor, degrading the quality of the beer over time. And a bottled beer is often exposed to oxygen because it’s divided into individual containers before it’s served.

Whereas modern kegs with pressurized tops provide an airtight containment to the beer and prevent it from oxidation. The draft is also served and consumed at a much faster rate when it’s brewed, thus keeping it fresher. So the fresher your beer is, the better and stronger it will taste.

Sunlight is the bottled beer’s greatest enemy. Sunlight penetrates the beer bottle and reacts with the hops in the beer to form compounds that give the beer a ‘skunky’ smell and an off-taste. This affects the flavor of the beer, making it more bitter.

That is why beer bottles are usually dark in color and are barely ever clear so that the sunlight doesn’t spoil the beer. But this is never fully enough to prevent the beer from being exposed to sunlight over time.

However, beer poured from the tap is stored in kegs, and kegs keep the beer safe from any sunlight exposure. This benefit of the draft beer allows you to enjoy the controlled and rich flavors of the beer without being worried about bitter taste or altered flavor by sunlight exposure.

Another factor that contributes to the draft beer’s better taste is temperature. The advantage of beer stored in kegs is that it’s kept at a steady temperature at all times. The draft beer is kept at an ideal cold temperature in the kegs, which gives it a crisp texture.

With bottled beers, you can’t track how many times it has been in and out of the fridge. This inconsistency of temperature leads to the faster aging of beer in the bottle and some other variations in its taste. 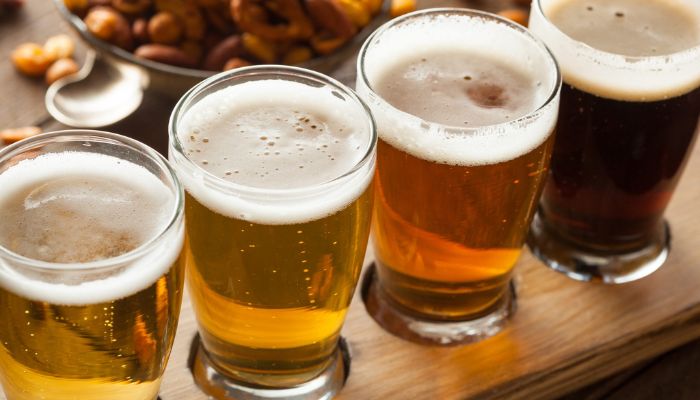 Have you noticed the fluffy foam head on your beer when it comes straight out of the tap? It’s because when the beer comes out of the tap, it’s pushed with carbon dioxide and/or nitrogen and creates a creamy foam on the top, giving you a perfect amount of fizz and carbonation. This foam gives you a crisp, creamy mouthfeel and also influences the bitterness in beer.

In the case of a bottled beer, the carbon dioxide usually escapes when you open the bottle. The air comes in, which alters the beer flavor. But the draft beer retains its fizz as the pressure is controlled by the kegs, ensuring that the beer is perfectly carbonated.

For quality assurance and to store beer bottles for a long period of time, beer bottles undergo a process called pasteurization. This process involves heating the beer at high temperatures to kill bacteria and germs and prevent microbial spoilage.

However, this has a downside, as pasteurization impacts the beer’s flavor and texture of the beer. With tap beer, this process is usually skipped as it’s consumed quickly and is stored under cold temperature, which preserves its quality.

Finally, we can conclude by saying that many factors come into play to determine the taste, smell, and quality of both bottled and draft beer. And not to forget, it’s also a preferred personal choice.

Undoubtedly, the draft beer has become a favorite choice for many as it gives a fresh taste of malty and hoppy flavors with extra chilled fizz. But it's important to remember that beer on tap will only taste good if a brewery’s draft lines are properly maintained. To ensure brews are poured at their best, regular maintenance and care must be given to a draught system. If all conditions are optimal, it’s most likely that the beer will taste better on tap.