The craft-beer world is suddenly awash with pale lager. Inspired by the German and Czech traditions, brewers are turning their hand to this most testing of beers. 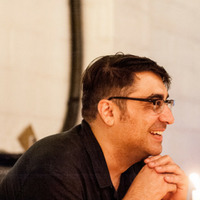 In the UK, breweries like Thornbridge, Camden Town and Fourpure are leading the way in terms of quality. Among the best British lagers is the Keller Pils made in Bristol by Lost and Grounded. Brewer Alex Troncoso is a long-term lager obsessive, having first fallen in love with it working at Little Creatures in Perth, Australia, before fine-tuning Camden Town’s Hells into the superbly drinkable beer it is today.

Just under two years ago he and partner Annie Clements set up on their own in Bristol, with the intention to make a high-quality pale lager their flagship. “Making lager is definitely a full time endeavour, not a part time hobby,” he says. “You have to be a bit obsessive: we can get it all dialled in, it’s all great - then everything changes and you wonder if it’s the water, the malt, maybe the yeast? It’s a constant moving feast to keep it tasting great.”

“You don’t quite get the right character unless you’re using continental malt: German, Belgian or French. The varieties are slightly different and they give the beer a different character. We use German Pils malt from Bamberger Maelzerei, which I’ve used it in previous jobs. In my experience of brewing in Australia using lager malt there, I never quite got the character that I get using the Bamberger malt.

“We use three hops for the Keller Pils - Magnum, Mittelfruh and Perle - and a German lager yeast.”

Make it the right way

“We do a rising infusion. We mash in at 52 degrees, and have a short protein rest: I think it keeps the yeast happier, gives a bit more food. We have a number of rests, then we lauter, then we boil.

“It’s important not to add your hops too late in the process: the latest addition in Keller Pils is still boiled for 10 minutes. We feel it gives a finer aroma and cleaner beer, as opposed to when you add in the whirlpool. We keep it more subtle.

“In terms of bitterness, we target 34 IBUs - that’s not crazy high, but high enough. The main hop is the Mittelfruh, which gives the beer a lemony freshness.

“At the beginning of boiling we use a traditional technique of adding lactic acid to change the pH. It gives a certain character to the beer. It’s quite common in Germany, but not so common outside of Germany.

“This technique was originally used to overcome alkaline-heavy brewing water. The water here is quite alkaline too, there are similarities. I thought it might be a nice touch to work out how we can naturally overcome this problem, as much as possible.”

Watch out for diacetyl

“We give the Keller Pils four to five weeks in fermentation and conditioning: that’s a week of fermentation and three-and-a-half weeks to condition. It’ll vary a little bit: the thing we’re most fixated on is making sure the diacetyl clears before we go into our cold storage phase. We’re paranoid!”

Test it before you sell it

“When we test the beer out of tank, we’re looking for a really fine, traditionally hoppy, lemony-fresh aroma. In terms of flavour, we want the drinker to be able to sense the pilsner malt. In the best batches there’s a bit of what I call cucumber character. If you ever go to a maltings and go into the germination room, you smell that character in the malt. It’s green, it gives the beer freshness.”

“I like it served around four degrees centigrade: if you’ve been to Australia [where Alex comes from], you’ll have seen the beer taps with ice growing around them!

“We have to watch carbon dioxide levels for the UK. Depending on the pub, they can have serving issues if it’s too high. We go about 5.2 grams per litre, but we’d like to dial that up a bit more to 5.4, 5.6. We want to have it as conditioned as possible without getting complaints!

“We have two types of glasses to serve it in: a pint-size Willi Becher, which is the classic German glass, and a smaller Belgian-style Pilsner glass. I really like the little glasses: they’re special but understated.”