A number of significant benefits are provided on winning "Beer of the Year" at the USA Beer Ratings. See what they are. 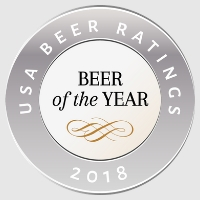 Within any industry or field, there is always one distinction, one prize or one medal that means the most to participants. Within the beer industry, that distinction is winning “Beer of the Year” at the USA Beer Ratings event. Winning this honour means that beer is a truly world-class beer that consumers will enjoy drinking.

The title “Beer of the Year” involves a promise to the customer – it means that the beer will offer superior taste and quality, all at a price that delivers value. As a result, there are several important reasons why winning “Beer of the Year” at the USA Beer Ratings competition matters.

Building and extending the brand recognition of craft brewers

First and most obviously, winning “Beer of the Year” can provide a significant marketing boost to any craft brewery. It is a mark of quality and distinction that can help a beer stand out on a retail shelf. When customers are looking for a new beer to buy, they will typically opt for the beer that has received praise from beer critics or, better yet, has picked up a prize in the competition. And even better when that competition is a truly international one that is generally viewed as the top beer competition within the United States.

Of course, there are other ways that the award can provide a marketing boost to a new beer brand. For example, it’s now possible for the craft brewery to include the descriptive phrase “award-winning” on all of its marketing materials. It can create a special page on its website, showcasing its award-winning product, and it can also use this award as part of press releases to create buzz and excitement in the media.

And don’t forget – we live in a social media era, when companies build their brands online, via social media platforms like Twitter, Instagram and Facebook. Go to the website of any brewer, and you’ll often find links to these social platforms. And that’s where the “Beer of the Year” honour can have the most impact. Imagine posting a Facebook status update featuring your “Beer of the Year,” or adding a new video to Instagram, highlighting the master brewer behind this award-winning beer.

Using social media, it’s very possible to generate word-of-mouth promotion and buzz, all without spending a single dollar. Since “Beer of the Year” is such a high distinction, fans and followers will be motivated to share this award with others. Since you have built such a devoted fan base, they will want to share in your success.

That’s why the USA Beer Ratings puts such a heavy emphasis on Packaging as one of the three major judging criteria. We live in a highly visual era. Think of what you see on Instagram or Pinterest – people want to post photos that look good, and that’s exactly what they get when the Packaging of the beer is perfect.

Moreover, the USA Beer Ratings event recognizes those beers that appeal to a specific customer segment or demographic. Thus, it is very important for the “Beer of the Year” to appeal to a certain type of consumer. The beer needs to be able to establish an emotional connection with the consumer, convincing him or her that the brewer behind the product shares their same values.

Since the USA Beer Ratings competition has such a consumer-centric focus, it leads to the awarding and recognition of beers that are commercially viable. In other words, winning “Beer of the Year” is a signal to distributors and wholesalers that your product is worth carrying. It is a signal to retail stores that your beer is going to perform very well if they decide to sell it. And, best of all, it is a signal to consumers that the beer is worth buying.

The goal of any player in the beer trade is to reduce and minimize risk. Distributors, for example, don’t want to be stuck carrying beers in their portfolio that nobody wants to buy from them. Retailers don’t want to build up an excess inventory of a beer that is not flying off the shelves. And importers certainly don’t want to risk the considerable time and financial resources required to bring a foreign beer into the U.S. marketplace unless they are absolutely certain it will perform well.
That’s why winning “Beer of the Year” matters so much – it helps to reduce the perceived risk behind any new or growing brand. It sends a positive signal to every single player within the beer industry that your beer is a “must have” and not just a “nice to have.”

And that’s what leads to sales growth, revenue gains and enhanced bottom-line profitability. As more of your product achieves greater distribution, the impact on overall sales is going to be dramatic. And as more customers come into contact with your brand, the baseline revenue numbers for your beer are going to jump accordingly.

“Beer of the Year” in action

We all like to be recognized for our achievements. And “Beer of the Year” is one way that the USA Beer Ratings help to recognize craft and artisanal brewers for their achievements. That’s why we are particularly proud to award Monkless Belgian Ales with “Beer of the Year.” This is a craft brewery in Oregon that has created a superior, high-quality beer, and then packaged it into a compelling brand narrative that we feel can resonate with young millennial drinkers.

It’s easy to see how “Beer of the Year” honours will give Monkless Belgian Ales both a short-term and long-term momentum boost. It could mean enhanced distribution outside of Oregon, the appearance of news stories in beer trade publications about the brewery, and new buzz and excitement on the company’s social platforms. All of this could lead to higher sales and greater profitability.

Thus, for other breweries out there looking for a similar type of momentum boost, the path is clear: enter your beer in the USA Beer Ratings competition and attempt to win the most prestigious distinction in the beer industry today: “Beer of the Year” from USA Beer Ratings.