Ale beers are fermented at warm temperature by top-fermenting yeast strains. Here are some Ales you must try.

Historically, Ales were the main source of nutrients in the medieval world. Along with Pottage and Bread, Ale was one of the top sources of grains. It provided ample calorie intake for soldiers and farmers with less or sometimes even no intoxicating effect. In the modern era, Ale is typically fermented in between 15 to 24-degree Celsius temperature. It uses warm fermentation methods which results in sweet and fruity taste in beer. Ale uses gruit as a bittering agent to balance the malt and preservatives which is then replaced by hops.

Ale is of following types

Here are some beers, rated by USA Beer Ratings` team as one of the top Ale of 2019.

Meet Your Maker beer is produced by Monkless Belgian Ales. It is a Belgian Dark Strong style beer with 9% ABV and 28 IBUs. It is a beer with aromas of raisins and dates. The flavour of this beer shines through as dark fruit and caramel with a bit of chocolate and coffee. It is a Belgian-style dark Ale to enjoy slowly. You can pair this beer with Rembrandt Aged Gouda with Raincoast Crisps, Farmhouse Stew, Bread Pudding

AMA Bionda is produced by Birra Amarcord. It is a Golden Belgian Ale style beer with 6 % ABV. It has a bitter taste. It has beautiful snow-white foam and is creamy, dense and persistent. It has a good olfactory intensity and attractive aromatic finesse. The palate feels notes of fresh citrus. As the beer warms, it loads sweet aroma of honey and barley malt. AMA Bionda has a fresh finish and is rich in citrus notes, a refined dryness in the end. The bitter content of this beer matches with the other marked flavors. AMA Bionda is a refreshing beer which is well-balanced with the sweet-acid notes, ending moderately dry, invokes the next sip. It pairs well with fish, fresh cheeses, salads and white meats, vegetable pasta or pizza and pesto.

Good Guy beer is produced by Booze Brothers Brewing Co. It is an American Pale Ale with Belma, Mosaic, and Citra hops. It has 5.2% ABV and 52 IBU.

The Saison Dupont Farmhouse Ale is produced by Brasserie Dupont. This beer is a top fermentation beer with refermentation in the bottle. It is coppery blonde in color with the finest aromas and strong bitterness. A real refermentation in the bottle continues for a long time in their cellar which result in this complex and particular aromatic beer. At cellar temperature (12°), or lightly refrigerated, It can be used as an aperitif or as an accompanier for eels in a green herb sauce, steamed dishes, grills and also cheeses Moinette Jeune. 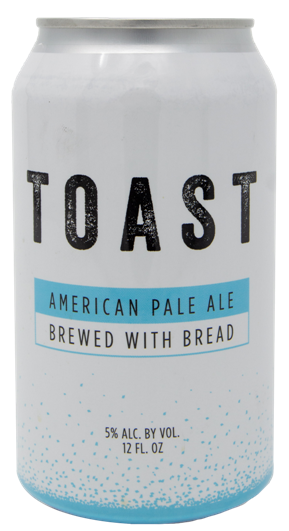