Check out how organic beer is now becoming the consumer`s first & favourite preference in beers.

Within the beer industry, the topic of “organic beers” can be a very polarizing one. Are organic beers healthier for you? Do they actually taste better? Or are they just more expensive? How your answer these questions will ultimately determine the way you view organic beers. Once seen as just a short-term trend or a blip on the radar of changing consumer tastes, organic beers appear to be here for the long term, and that is forcing craft brewers of all sizes to sit up and pay attention.

What are organic beers?

The starting point for any discussion about organic beers inevitably starts with a consideration of what “organic” actually means. For some brewers, “organic” is just a catchall term, used to describe beers made with locally sourced ingredients that are farmed without chemicals, pesticides or fertilizers. For other brewers, though, “organic” implies a very rigid set of guidelines for every step of how a beer is made.

In order for a beer to be certified as “organic,” it must be grown without toxic pesticides or synthetic fertilizers in soil that has been free from chemicals for at least three years. Moreover, as might be imagined, absolutely no GMOs are allowed to be present within a beer certified as being organic. That being said, there are actually three different levels of organic:

From the above, you can start to see why some craft brewers were initially sceptical about organic beers, simply because there were so many competing definitions of what organic actually means. 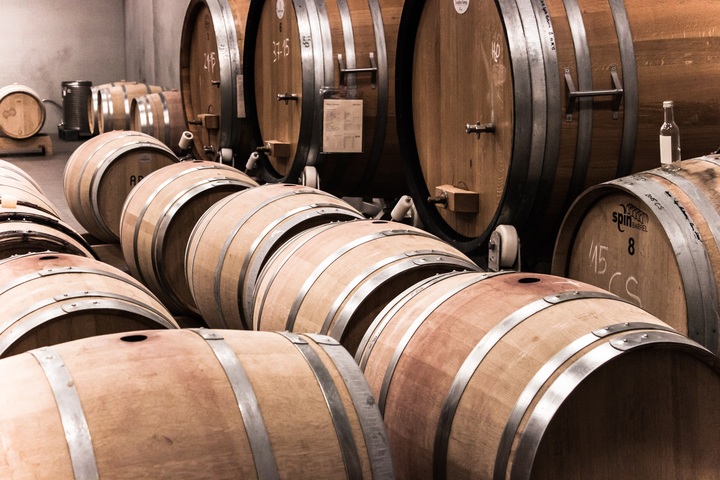 If you think about it, the first beers ever created were “organic.” In the pre-industrial era, there were no chemicals, fertilizers or pesticides. And since modern forms of transportation had not yet been created, all ingredients were necessarily “local,” and there was a good chance that you knew exactly who was making your beer – and from what ingredients. Thus, one way to view the whole organic beer trend is as a return to authenticity – a time when beer production was much simpler and more natural.

By choosing to make organic beers, then, craft brewers are attempting to regain this authenticity of a bygone era, when consumers did not need to worry about antibiotics, growth hormones or harmful chemicals in their food. It is also about having a newfound respect for the environment. That’s because organic beer making is also an embrace of renewable and sustainable farming practices.

In addition, organic beers are about an embrace of local craft brewers and the local community. This shows up clearly in many of the marketing promotions of organic beer makers, who tend to celebrate the community spirit of making a beer that is completely local. Organic brewers like to highlight the fact that they are making classic brews with as many purely sourced and local ingredients as possible.

That fact has led to the notion that organic beers are healthier for you. They are free of harmful chemicals. As an added bonus, they also taste better because they are made with “live” ingredients that are completely natural.

A brief timeline of organic beers

The general consensus is that the first-ever organic brewer was Pinkus-Mueller Brewery in Muenster, Germany. Back in the early 1980’s, Pinkus-Mueller was looking for high-quality barley malt and was finding repeatedly that barley malt grown with chemical fertilizers was of inferior quality. In the search for the very best barley malt, the German brewers turned to locally sourced, organic barley.

From Germany, the organic trend soon made its way to the United States, which was also in the midst of a re-thinking of its own food supply. At the time, concepts like organic grocery stores (think Whole Foods Market) were still very much in their infancy, but the organic trend was certainly starting to bubble up at the local level. A number of related trends – the rise of farmer’s markets in urban locations, the “buy local” trend, the “farm-to-table” trend, and growing consumer sophistication about food additives like GMOs meant that it was only a matter of time before the organic trend in the food industry started to impact the beer industry.

What we are seeing now is a blurring of several trends at once – the craft brewing trend, the organic trend and rising consumer demand for locally-sourced ingredients. You can also add the whole “superfood” trend to the mix as well, as evidenced by the rise of Dr. Jekyll’s Craft Beer. This “bio beer” markets itself as “the world’s first and only non-GMO, vegan-friendly craft beer made with organic hops and malts that is brewed with superfoods.” These superfoods include ingredients like acai berries, green tea extracts, grapefruit fibre and raspberry ketone.

Success in the consumer market for organic beers

“Organic beer” is very much a new market category these days. According to recent estimates from the Brewers Association, organic beer is now a multi-million dollar market opportunity approaching $100 million. While that number might be dwarfed by the overall size of the craft brewing industry, it does signify that organic beers are more than a passing trend. Consumers are showing a willingness to pay a premium for these beers, convinced that they are healthier, better tasting and better for the environment. Who wouldn’t want to drink a high-quality beer that is making the world a better place? Over the next few years, look for even more craft brewers to embrace the organic beer trend.